Each position has roles to play and areas of the court they are allowed in: 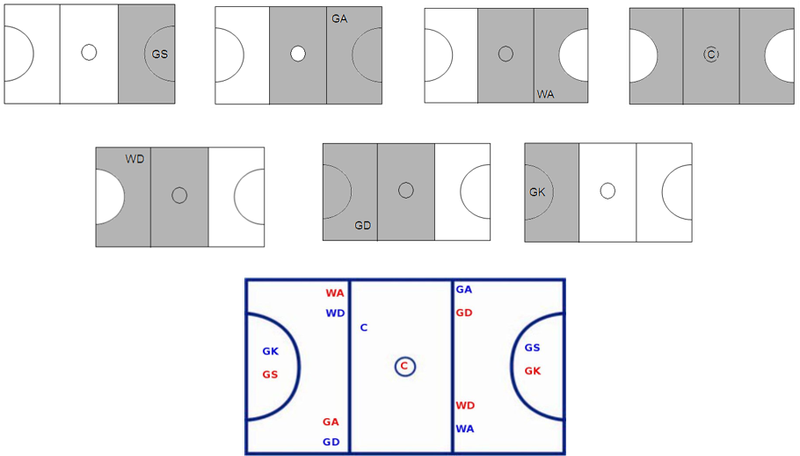 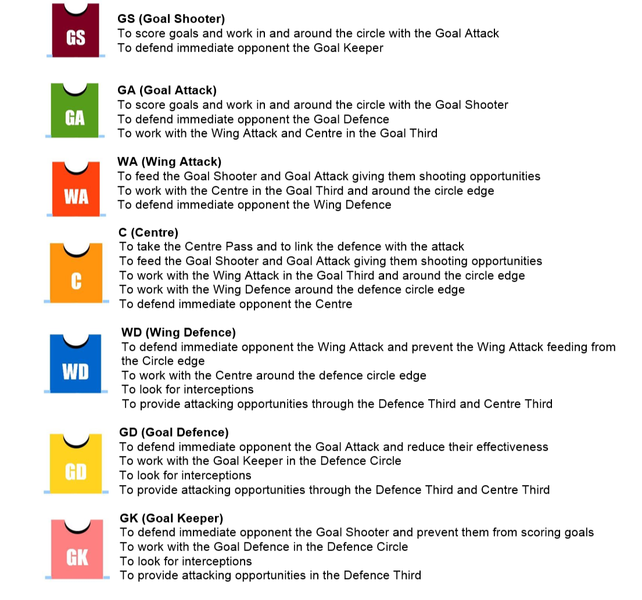 -both hands behind the ball in ‘W’ shape

- elbows down and push ball directly and hard at team mate

Technique - A bounce pass can be one or two-handed

- hold the ball at chest height and make sure your fingers are pointing towards the floor of the court.

- then you need to release the ball from waist height and bend your knees as you pass.

- aim the ball just over halfway between you and the receiver, and flick your wrists as you release the ball.

- extend your arms as you make the pass to keep the ball on the right path.

Technique - This movement is necessary when the player receiving the ball wishes to turn ready to pass.

- In order to pivot the player with the ball must turn in a rotating motion on their first grounded foot.

- This turning motion should be away from the defender. The ball should be held close to the body whilst it is positioned to throw.

- As the player pivots around, the head should follow the body so the eyes are looking at where the pass can be thrown.

Technique - Land with feet approximately shoulder width apart to give a firm support base.

-  When landing with one foot first quickly bring the other foot down to evenly spread the body weight over two feet.

- Body should be upright when landing.

- Bend knees, hips and ankles slightly on impact. This will help cushion the force of the landing.